As a visitor you probably have never explored and learned anything about Jamaica, but you are not alone ... there are also many Jamaicans who know little about their island, becasue many do not travel far from where they were born. Others just do not take the opportunity to explore their island.

But, I have been fortunate to travel around the entire island ... back roads, side roads, roads that disappear into dirt tracks ... and I have been to parts of Jamaica that seldom get visited by outsiders.

So let me help you to appreciate the many places of interest, and the many attractions that you can enjoy on your journey around Jamaica.

A mountain range runs from east to west. The Blue Mountains, at the eastern end, rise to 7,402 feet, and Birch's Hill at the western end a mere 1809 feet, and on a clear morning the views from Blue Mountain Peak are spectacular. 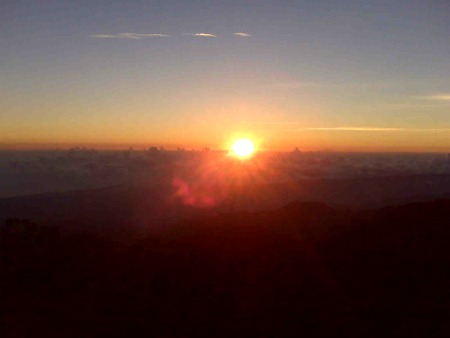 As the sun comes up you can see Cuba, but since you are over a mile and a quarter above sea level the view is more often than not filled with low lying early morning mist.

Nearly half of the island is over 1000ft and the majority of the island's surface is made up of very thick layers of limestone.

The Blue Mountains are formed by underlying igneous and metamorphic rock protruding through this limestone.

Streams that rise in the mountains sink again when they reach the lower limestone areas, and leaching over the years has resulted in the formation of numerous caves throughout the island, and even underwater caves along the coast.

Few people ... Jamaicans or visitors ... know anything about this interesting and mountainous terrain.

For centuries Jamaica's riches and resources have been, and still are being, plundered and squandered by many ... for greed and personal gain.

The Tainos, who came from South America over 1000 years BC, are considered to be our original inhabitants.
They spoke the Arawak language and called the island Xaymaca ... land of wood and water.

Then In 1494, plundering Spanish invaders, led by an Italian, Cristoforo Colombo, "discovered" her, as European history likes to record it. This was the beginning of the end for our Taino population in Jamaica.

Some survived in the hills of central Jamaica, and joined with the Maroons, runaway slaves who thrashed the British Army, and got their independence and sovereign rights to the lands they now still hold.

These Spanish invadors, landed in what we now call Discovery Bay, and called the island Santiago.

Port Royal, then the pirate capital of Jamaica, was known as the wickedest city in the world, and at 11.43 a.m. on June 7th in 1692 was decimated by a catastrophic earthquake, and 60 % of the city sunk within minutes. This interesting 45 minute historical documentary on Port Royal tells of current plans to make Port Royal into the tourist capital of Jamaica.

In 1962 Jamaica gained her independence from Britain, but has remained a part of the British Commonwealth, and maintains the Queen as Head of State.

Starting from way back when the Spanish invaded Jamaica in 1494 Jews have been coming to and settling in Jamaica. Now they are an integreal part of Jamaican life, and I think you will find it hard to find a Jamaican family that doesn't have Jewish connections somewhere.

Many, if not the majority, of Jamaica's largest businesses are Jewish in origin.

Ainsley Henriques' well presented video of the history of Jews in Jamaica is extremely interesting, and well worth 14 minutes of your time. 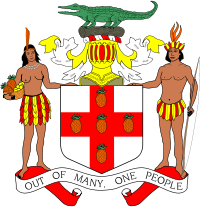 The Blue Mahoe with blue streaks in the wood 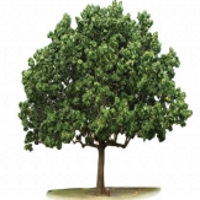 An ornamental tree with one of the hardest woods known 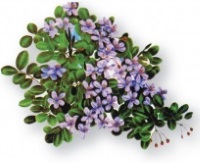 Black is for the strength and creativity of our people

Gold is for the natural wealth of our island, and the beauty of sunlight

Green is for hope and our agricultural resources

Used in our national dish Salt fish and Ackee 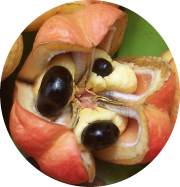 Considering how small our island is, Jamaica's rich culture seems to have invaded the world. Small we may be, but our cultural influence has been immense, so when you visit Jamaica please explore our island and absorb some of our Jamaican culture.

Our music and musicians are everywhere, and are influencing modern music worldwide, our Jamaican authors and their literature are well established internationally, Jamaican art can be found in all corners of the world, and our locally produced films have become world wide classics.
Where can you not get Jamaican jerk pork and other Jamaican cuisine? Our foods are now in all the big supermarkets in most of the major countries.

Jamaica is divided into three counties, named after English counties, but they have no real significance.

All of our all inclusive Jamaica Resorts have excellent beaches. In many cases these beaches are actually public beaches, although the resorts try to control access to them. In addition you can explore over 50 public beaches around the island, the most famous being Negril and Doctor's Cave Beach in Montego Bay.
Most of our beaches in Jamaica have white sand, but on the south coast a few have black sand.
Click here to discover more about Jamaica's beaches

Jamaica is a Nature Lovers Paradise ... we have many indigenous species of tree, plant, flower, bird, insect, butterfly, bat, frog, lizard, snake and reptile.
You can explore our many botanical gardens, or there are several bird watching sanctuaries around Jamaica, and there are bird watching expeditions into the Cockpit country and the Blue and John Crow Mountain National park.

Violence and Crime in Jamaica

Reading both the foreign and our local press it would be easy to feel depressed by the high rate of crime and violence in Jamaica. But is our beautiful island really as bad as it is made out to be?
Click here to read more about Jamaica's violence and crime.

Climate and Weather in Jamaica

Being in the hurricane belt Jamaica gets ravaged by hurricanes and torrential rains every few years, but generally we have a pleasant tropical and sunny climate.
Visit our page about Jamaica's climate,  and see what the current weather is like.

Please share your knowledge of our beautiful island with our other visitors. Create your own page on our website to add information about Jamaica that will help others - to do so click here.

Your Story About Jamaica?

Do have any interesting experiences, or do you know anything unusual and interesting that will be of interest to other visitors to our site?

Submit a unique article/story of 300 words or more, with up to 4 photos, and we will make it into YOUR page.

Unfortunately we cannot use less than 300 words, or material copied from another website.

The horizontal box below will expand when you start typing, so just start by entering ...

See What Our Others Have Said

And thanks to our other visitors for their contributions.

Jamaica - Beyond the All Inclusives
Escaping the all inclusive resorts that are scattered widely across Jamaica, was the best decision I ever made! These resorts can be great for folks …

The Math Club
The Math Club Inc (JA) is a non profit organization which is operating in three very volatile communities in Jamaica. Our goal is to bring mathematics …

Buckingham School Helping to Build a Positive Jamaica
It seems the youth of today is out of control all over the world, and this is evident in our young people here in Jamaica as well. On Thursday September …

Jamaica ... 50 Years of Independence
The days leading up to the celebration of our 50th anniversary of Independence were charged with excitement for every Jamaican at home and abroad, and …

Law, Order, Discipline and 50 Years of Independence
Military Band Photos Courtesy of Colonel Alan Douglas Click Individual Images To Enlarge Fifty years after being given Independence by the British, …

Our Local Time in Jamaica is ...

Go back to the top of About Jamaica